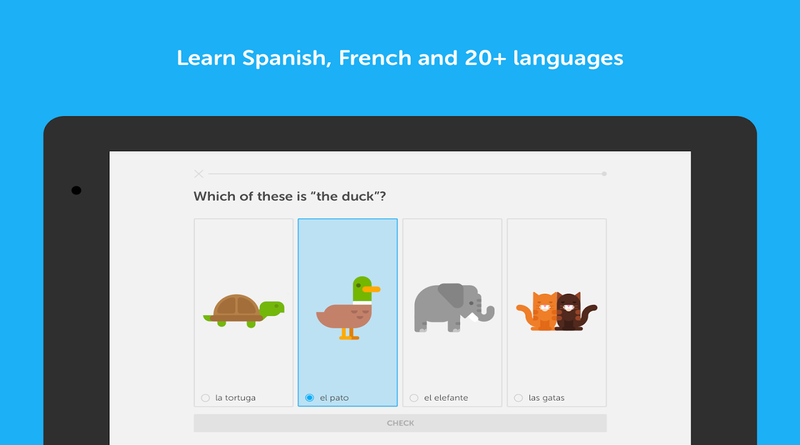 Using the app you can start learning Spanish, French, German, Italian, Russian, Portuguese, Turkish, Dutch, Irish, Danish, Swedish, Ukrainian, Esperanto, Polish, Greek, Hungarian, Norwegian, Hebrew, Welsh and English. Duolingo courses include periodic advertisements which users can pay a subscription fee to remove. As of November 2016, the language-learning website and app offer 68 different language courses across 23 languages, with 22 additional courses in development. The app is available on iOS, Android and Windows 8 and 10 platforms with about 200 million registered users across the world.

Inspiration for Duolingo came from two places. Luis Von Ahn wanted to create another program that served two purposes in one, what he calls a “twofer”.Duolingo does this by teaching its users a foreign language while having them translate simple phrases in documents. Duolingo started its private beta on November 30, 2011, and accumulated a waiting list of more than 300,000 users. On June 19, 2012, Duolingo launched for the general public. Due to popular interest, Duolingo has received many investments including a $20 million Series C round of investment led by Kleiner Caufield & Byers and a $45 million Series D round of investment led by Google Capital. Duolingo has 95 staff members, of whom many were Google employees, and operates from an office in the Pittsburgh neighborhood of East Liberty.

• It’s effective. 34 hours of Duolingo are equivalent to a semester of university-level education.

• “Far and away the best language-learning app.” —The Wall Street Journal

• “Duolingo may hold the secret to the future of education.” —TIME Magazine

• “Among apps for learning a language, you can’t beat Duolingo.” —PC Magazine.

• “The most productive means of procrastination ever discovered. The short lesson blocks are painless and peppy, and reaching the next level (and then the level after that) becomes addictive.” —Slate