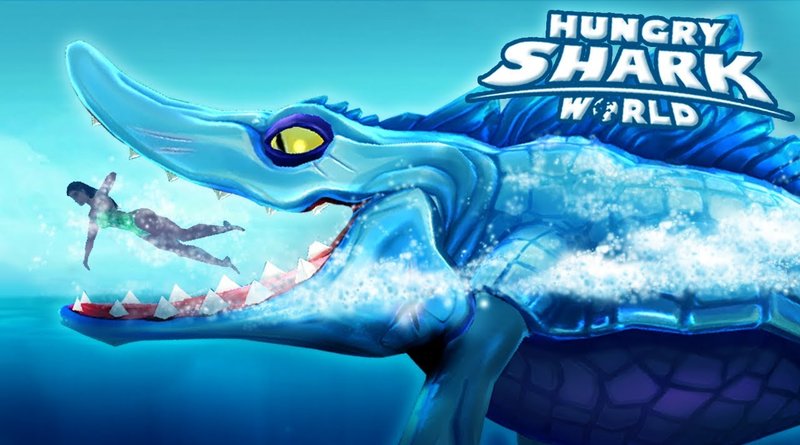 Hungry Shark World is an action game where you play with a shark who has to travel the ocean in search of all sorts of prey: from unsuspecting swimmers found close to the coast, to sea turtles, and even small fish and other sharks. It has various different levels located throughout the world. You can visit the islands in the Pacific, an area in the Arctic, or the seas of China. And of course, each setting is enormous, allowing you to swim up, down, left, and right with complete and total freedom.

There are more than a dozen different sharks to unlock, in six different sizes. Each shark in the game also offers its own attributes and unique look. Some are faster than others but with lower life points, while others are so big that they can eat almost any prey effortlessly.
In each of these levels you’ll find tons of secrets and hidden elements to discover: chests, letters, and even ‘bosses’ to fight against. Each level is a unique, and each one of these little underwater worlds is entirely at your disposition.

In Hungry Shark World, there are 8 different tiers of sharks, ranging from XS to !!. Each level of shark contains 3-4 different sharks with different looks and stats, with the exception of XS, that contain only the Blacktip Reef Shark (XS) respectively. Each level of shark progressively has a larger diet, allowing the player to be able to eat more and more creatures on the map. Each level of shark also has generally improved stats from the last level, which are represented in numbers. The 3 stats are known as Speed, Bite and Boost, which all can be upgraded a certain number of times for a particular shark with coins, with the price going up for bigger and bigger sharks. 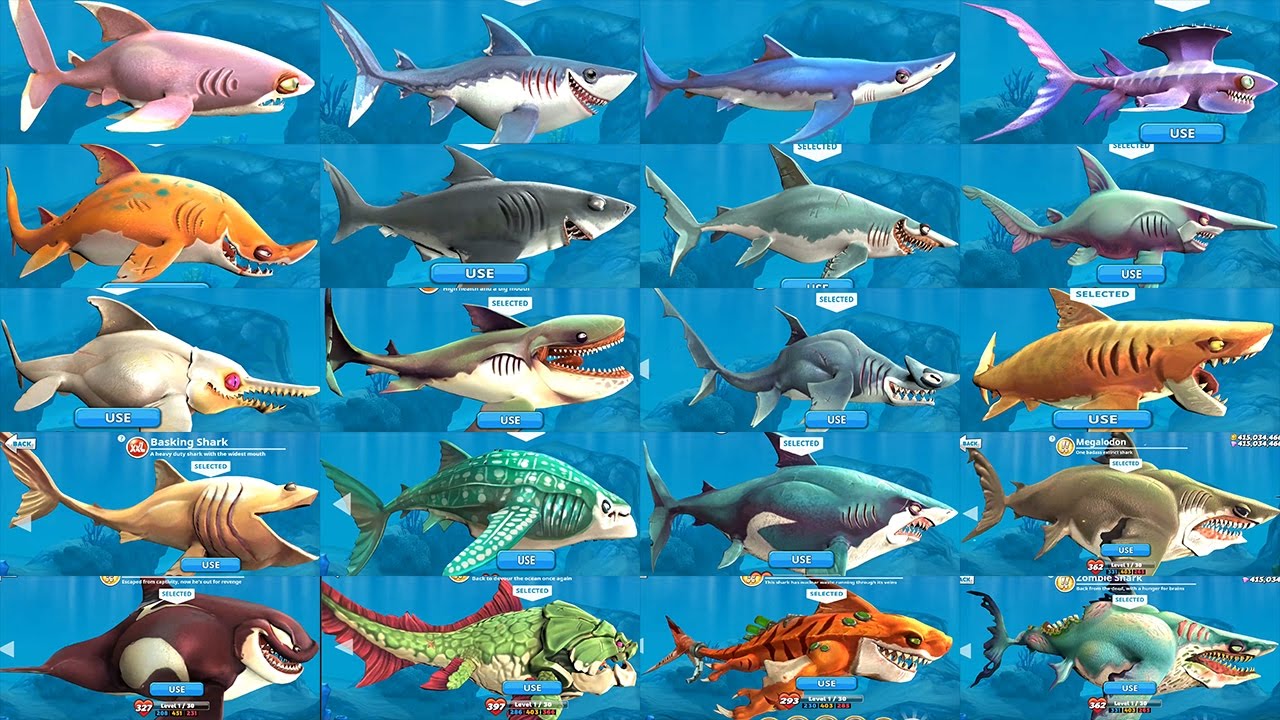 All game sessions start with the screen zooming into a shark’s mouth, (which can be very scary if your shark is an XXL shark unless if you have No Blood mode on) then the shark falling from the sky from a certain location into the ocean. The general goal of the game is to survive for as long as possible through eating different creatures, while also completing missions or collecting coins. The shark that the player controls will eat anything near its mouth which is in its diet. If the player is unable to eat that creature, a notification will pop up suggesting the minimum shark level the player has to use in order to be able to eat that creature.