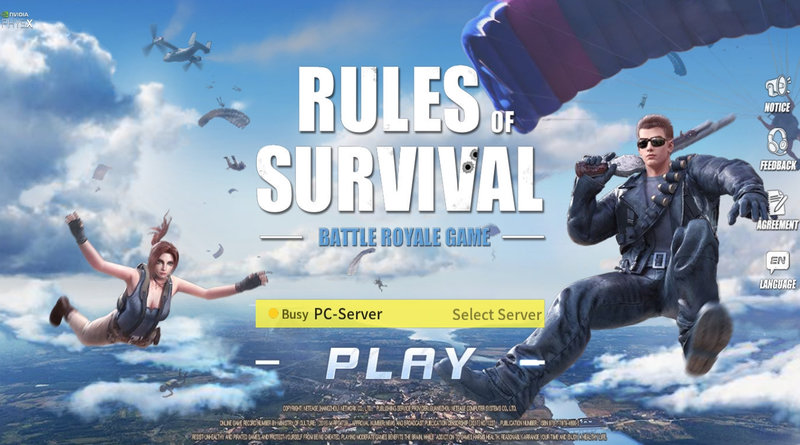 Welcome to the brand new RULES OF SURVIVAL arena, where the deathmatch has now been raised to a thrilling epic scale! This is a Battle Royale game now played by over 100 million people worldwide.

May we present you with a fully upgraded new 8×8 km map that allows 300 players to battle on a wide variety of terrains. Only one will survive!

Beware, your safe zone is shrinking! So collect scattered weapons, arm yourself to the teeth, and wield your tactics like no other.

Alert !!! It is not just any survival game. You will re-write the RULES OF SURVIVAL!
Come embark on a world-class battle royale NOW!

Run or Fight!
– Absolute fair play in a massive HD map.
Last Man Standing!
– Solo or team mode in a 120 survivors’ battle.
Pick up and Use!
-Wide variety of firearms and accessories.
Fast and Furious!
– Drive vehicles across different terrains.