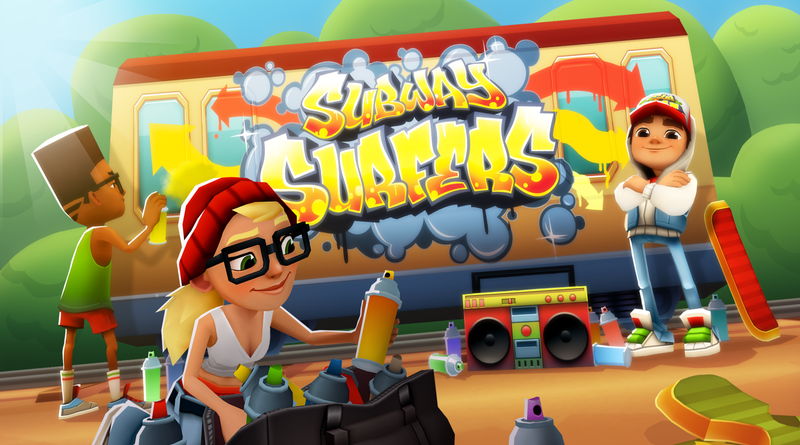 Subway Surfers is a platformer/action game with a mechanic very similar to Temple Run, where you have to flee the police in a dangerous and apparently abandoned train station, with trains passing by at full speed. You had better be careful!

Unlike Temple Run, in Subway Surfers you do not control your character with the accelerometer. Instead, you have to move your character between three ‘lanes’ by swiping your finger across the screen. Of course, you can jump over obstacles and roll on the ground to dodge some others. You can also use different gadgets like jetpacks or skateboards to help you in your unending race.

Like you’d expect in this sort of game, you have to complete various missions where you can get coins to buy upgrades. This is nothing new, but it is still fun.

The graphics of Subway Surfers are impressive. So much that at times it will lag in terminals that are not very powerful. It’s true, the character models and textures are a real treat.

Subway Surfers is a very entertaining game with a simple and addictive mechanic. It keeps you glued to the screen for hours while trying to beat our friends records, which you can check over the internet.